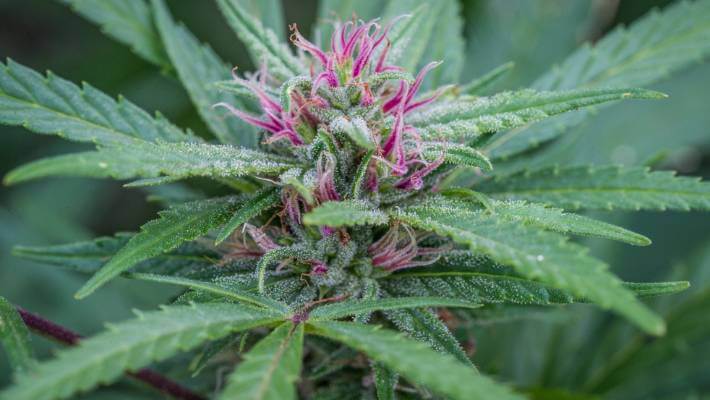 If you’ve read our other posts or done research regarding medicinal cannabis, you have likely heard about the entourage effect.

This is a phenomenon that gives cannabis its full healing abilities, and we are learning more and more about it as time progresses. Some call it a myth, while others swear by it. But, what does the science say?

Before we dive into any research, let’s make sure you have a clear understanding of what the entourage effect is.

What is the entourage effect?

The entourage effect is theorized as the healing mechanism produced by full-spectrum cannabis, where cannabinoids and terpenes are able to work together in a synergetic matter.

Wait, what did you just read?

I know, it sounds scientific and complicated – but it really isn’t.

Think of it this way: the individual components in cannabis work better together than they do on their own. While CBD, THC, terpenes, and flavanoids can do some incredible stuff, they work even better together!

The theory behind the entourage effect is that in order to get the real benefits from cannabis, you need all the compounds in each individual strain in their natural ratios. This is why many who have tried CBD isolate haven’t seen the results they had hoped for. Had they used full-spectrum, whole flower cannabis which includes not just CBD, but CBN, THC, THC-A, and a wide variety of terpenes, they likely would experience more healing.

This also may explain why some strains work better for certain ailments than others.

If you think about it, this makes perfect sense. But, many people want to avoid consuming THC, making CBD-isolate products more appealing. But, THC isn’t inherently bad – it is just psychoactive. If you are looking to get the most out of cannabis from a medical standpoint, THC is an essential component of the entourage effect and should not be neglected! Consider a more even ratio of THC to CBD, even a CBD dominant ratio with some THC still.

Who discovered the entourage effect?

Since then, countless scientists have further investigated this phenomenon. For example, Ethan Russo, a neurologist with an extensive line of work in cannabis research, has been instrumental in furthering our understanding of the entourage effect.

Is the entourage effect real?

Some question the efficacy of full-spectrum cannabis in comparison to CBD isolate. The reality is, like most things with cannabis, we have limited data. But, we do have some research to back up this theory. Take the research of Russo, for example.  This study examined a multitude of medical benefits terpenes produced, and how they all relate to each other. This study also discovered how terpenes can counteract some of the negative side effects associated with THC, resulting in a more therapeutic experience.

Another study, this one conducted in Sweden by Jürg Gertsch, found a relationship between caryophyllene and CB2, a binding receptor in our endocannabinoid system. What Gertsch found was that this terpene was actually able to activate the CB2 receptor, something that previously only cannabinoids were shown to do.

How does it work?

For example, myrcene plays a vital role. It can increase the ability of certain chemicals to penetrate the blood-brain barrier, allowing them to reach their destination and produce healing benefits easier.

To further this example, take a look at the relationship between myrcene, pinene, and caryophyllene. This grouping has been shown to decrease anxiety. Where would you think a good idea to find all these terpenes together would be? That’s right, whole-plant cannabis!

The list of examples of the entourage effect goes on and on, but just know this – when it comes to healing, full-spectrum cannabis, as it grows in nature, is almost always superior to any sort of isolate.

Final thoughts on the entourage effect

While there is still research needed before we can definitively say anything, all signs are pointing towards this theory as fact. There is substantial evidence in favor of the entourage effect, with not much against it. At the end of the day, the cannabis plant was meant to be consumed naturally, in its full-spectrum state.

If you are looking for some of the finest organic cannabis in the state of California, look no further! At Elyon Cannabis, we take pride in cultivating top-shelf marijuana that doesn’t break the bank. Find a licensed retailer near you!