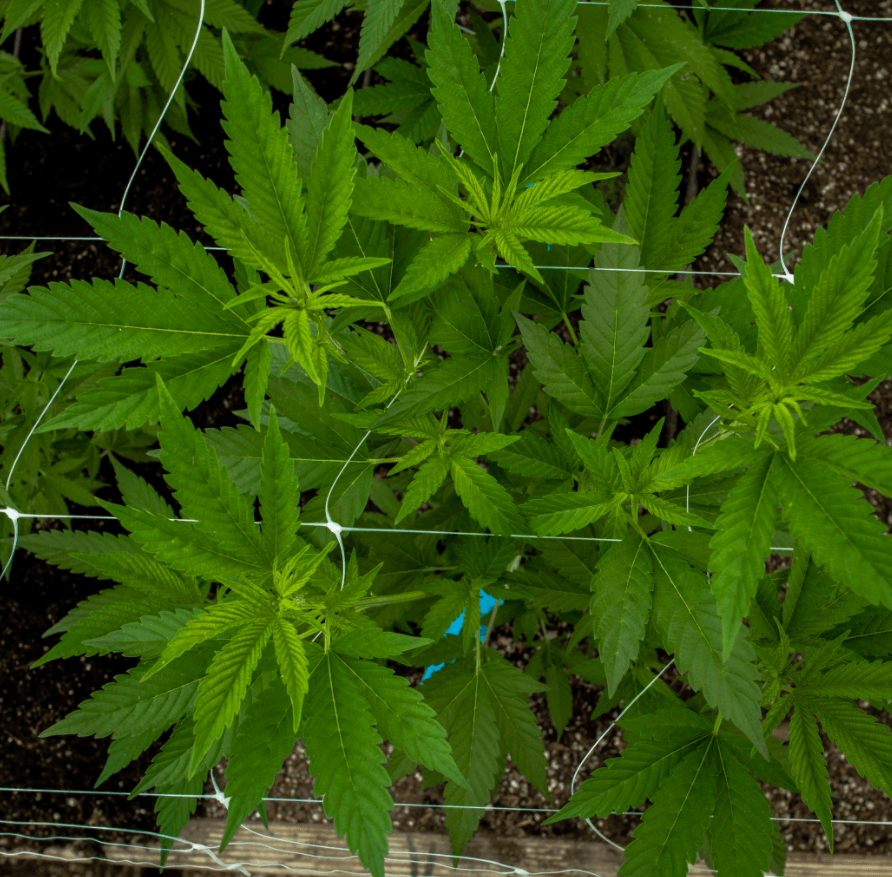 THC is the most well-known and most hyped of the cannabinoids. But have you heard of THCV? Just one little letter off, THCV shares many similarities with THC, but also many distinctions.

First things first, tetrahydrocannabivarin, or THCV, can get you The Most High. However, there are some caveats to that, so let’s lay it all out. THCV and THC are molecularly similar and they both have psychoactive properties. Beyond that, THCV is quite unique…and a bit complicated. What we really should have said first is that it’s complicated and needs more research. But almost all cannabis and cannabinoids need more research and it’s hard not to get distracted by the “it gets you high” bit when almost no other cannabinoid (besides THC) seems to. Alright, alright, alright. Why is it complicated? Because it appears to have completely opposite effects according to the dosage. In smaller doses (which is more typical), THCV appears to actually counteract the intoxicating effects of THC. It also acts as an appetite suppressant, earning it the moniker of “diet weed.” In very high doses, however, it does potentially have psychoactive properties and can potentially act as more of an appetite stimulus. It just rarely shows up in very high doses (it doesn’t even usually show up in high enough doses to block THC’s effects so have no fear).

When it does show up in high doses, it is fast to act but also fast to dissipate. Some researchers call it the race car cannabinoid. Vroom vroom. It usually induces a clear-headed, stimulating high that can enhance the euphoric effects of THC. But again, it doesn’t last very long, most likely half the time of THC. This is great for stoners looking for a quick little mood boost, but less great for those looking for long-term relief. Another catch? THCV’s boiling point is higher than most cannabinoids and terpenes (428 degrees Fahrenheit vs. THC’s 315 degrees). So turn up that vape, folks.

Besides maybe, possibly getting you high, THCV has a lot of other great therapeutic potential. Like we said, it is mostly known as being an appetite suppressant. Many cannabis patients need the stimulating effects other cannabinoids have on their appetite (cancer patients, those suffering from eating disorders). For those that don’t, this can be a major bonus to combat the munchies. It may also help with diabetes. It’s shown potential in regulating blood sugar levels as well as reducing insulin resistance. It’s good for anxiety and can help reduce panic attacks. It’s also shown potential as an anticonvulsant, has anti-inflammatory properties, a neuroprotective and promotes bone health. Got milk? Don’t need it, just take THCV.

Coming Soon to a Dispensary Near You

Thinking you want to head out to your favorite dispensary and grab a strain high in THCV? You might be looking for awhile. For now, this cannabinoid is usually only found in trace amounts. There are certain strains, like Durban Poison and Doug’s Varin, that are naturally high in THCV. African sativas are generally the strains to seek out. And, it’s likely that once more research is done, more strains will be bred to have higher amounts of this cannabinoid. Until then, have your munchies at the ready.