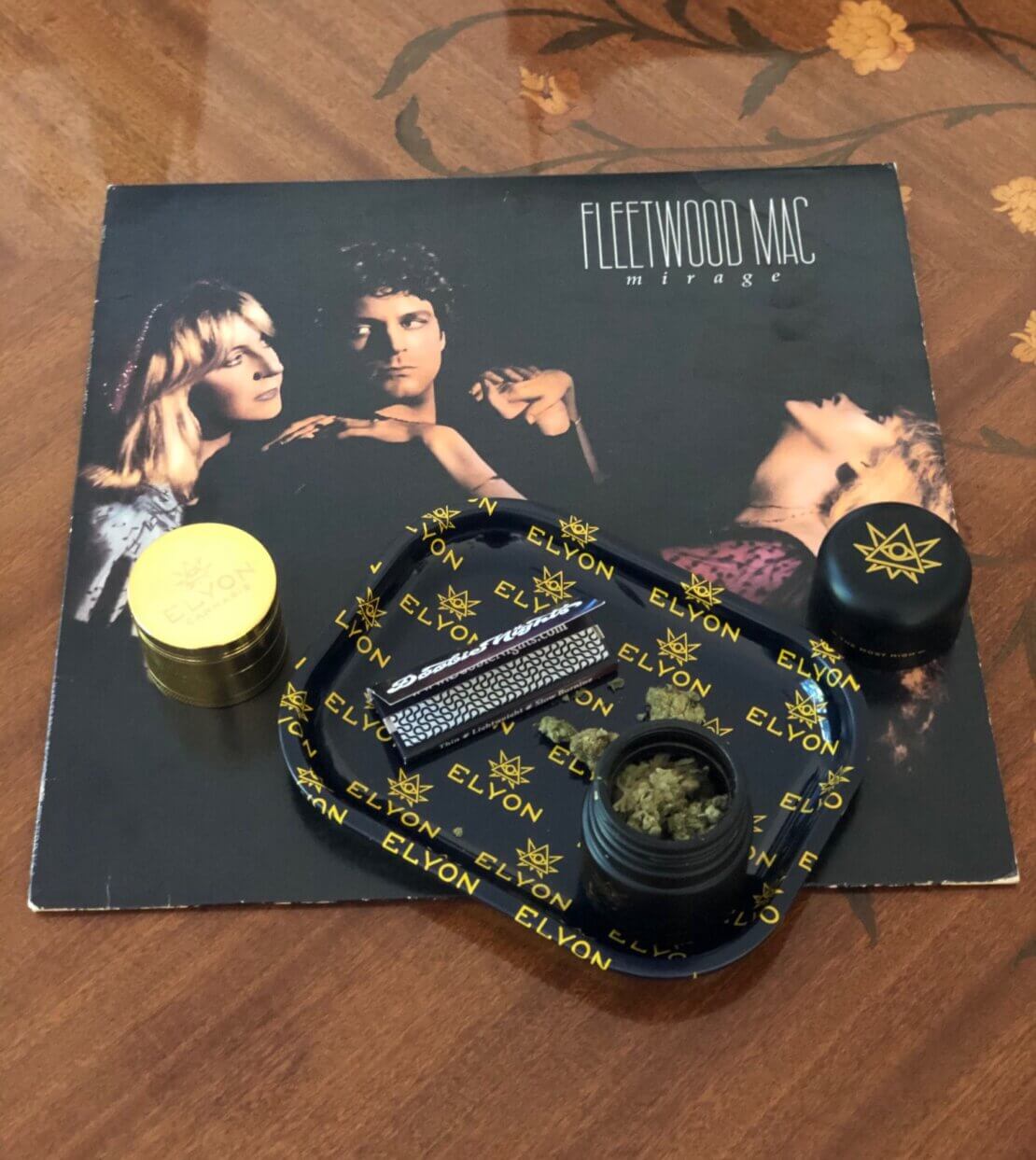 A quick glimpse at what some of the Elyon team has been consuming this month – everything from culture, cannabis, munchies and more.

“To be honest, I’m not really a Halloween person. I haven’t really dressed up since I was “sexy Dorothy” my freshman year of college, something I now deeply cringe at. Anytime I try to hand out candy I feel like I have to try to lure kids to my house so I don’t end up eating it all myself, which makes me feel like a creep. And I hate scary movies. I just can’t do them. Anytime I try I don’t sleep for weeks. I do, however, love The Rocky Horror Picture Show. So my go-to plan for Halloween entails turning off all the lights (so as not to be bothered by trick-or-treaters), turn on Rocky Horror and get high AF. It may not be a scary movie per se, but I think I’ll still pair it with some Ghost OG this year.” – Jacqueline, Elyon blogger

“I’ve never smoked cigarettes but Hollywood has done a really good job almost convincing me to. Sure, shows like Mad Men where they smoked non-stop had me thinking of picking up the habit. But cigarette smoking at it’s most glamorous (to me) always involved a long, slim cigarette holder. Audrey Hepburn puffing away at her almost arm’s length one? Gorgeous. Kate Winslet in Titanic defiantly lighting up with one? Basically sex itself. I’ve never really given in to this whim, but it is probably why I love smoking joints. And I’ve just recently discovered the beautiful joint holders from Elevate Jane. Basically everything on Elevate Jane’s website is lovely, including their cute little water pipe named Mimi, but I fell hard when I saw those joint holders. I’m itching to get one but I’ve also dropped some very unsubtle hints that it would make a great Christmas gift…” – Jacqueline

“By now, you have probably seen Nathan Apodaca vibing to Fleetwood Mac, skating down the highway, drinking Ocean Spray. It’s hard to miss as his original video got over 50 million views, Ocean Spray gave him a truck, it became a Tik Tok challenge, which became a commercial and both Mick Fleetwood and Stevie Nicks participated in it. It’s been everywhere. But no matter how many times I watch it, I still love it–partly because he’s so chill but also because the song Dreams is just so good. So, probably like millions of others, I’ve decided I need to start listening to Fleetwood Mac. I’m talking about getting into the deep cuts. It’s a little surprising I haven’t gotten into them before but my music education and inherited record collection from my parents consisted more of Kenny G and Barbara Streisand. I also tend to spend more time in the dollar section of the record store and you just don’t find much Fleetwood Mac there. I’ve amended this with my latest record store purchase (not the most Covid friendly activity but if you ever happen to be in Gloucester, MA I highly recommend stopping by Mystery Train Records). I’ll report back with my favorite songs.” – Jacqueline

“I knew my in-laws used to be stoners when my husband told me about the time his dad played Ventura Highway by America on repeat for three hours on a trip from Connecticut to New Hampshire. We didn’t really talk about cannabis, however, until recently when they not only resumed their habits (if indeed, they ever stopped like they said they had…) but also started to grow. So when I walked into their house for an extended stay recently, I was greeted with the sweet, familiar smell of bud. This year, my father-in-law upped his growing game and had several plants throughout the whole yard, including his largest plant right outside the kitchen window. Throughout the trip we constantly talked–and consumed–cannabis openly. So I found it a rather amusing surprise when I first realized they were trying to keep their stoner status a secret from my mother-in-law’s father (we call him Pepere). On one instance, my FIL was trimming at the kitchen table when we heard him curse and saw him hightail it out the back door, trimmings and all. The next second we heard Pepere walk in the front door. Close call. I just find it hilarious, and a little ironic, that at the age of 60 they’re the ones now hiding it from their parents. Next I know they’ll be burning incense to hide the smell.” – Jacqueline

*Sorry it’s just me this month! Croptober keeps everyone busy but we’ll feature more next month!*