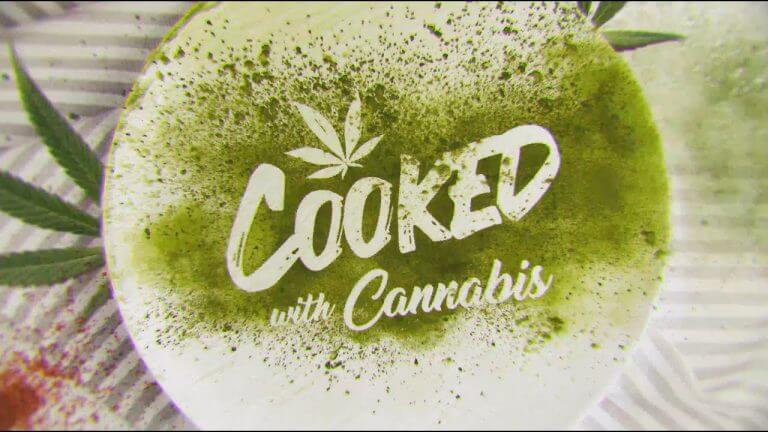 We’ve all had a magic brownie or two in our day. But now that cannabis is legal (in most states), there is no need to limit your idea of how to cook with cannabis. One of Netflix’s newest shows, ‘Cooked with Cannabis,’ is here to open your mind and expand your palate. The show, only six episodes long in its first season, is set up like a typical cooking competition: competing chefs, guest judges, time limits, inane themes and a 10,000 dollar prize each episode. The difference? Each dish has to be infused (and carefully dosed) with cannabis.

The hosts, musician-turned-chef Kelis (thankfully there are no “Milkshake” jokes so far) and culinary cannabis connoisseur Leather Storrs, have a good rapport with each other and the contestants. The guest judges, a seemingly random group of B-to-C list celebrities, provide a bit of comic relief but never really have anything meaningful to say about the food.

Overall it’s a fun watch that definitely proves cannabis has a place in haute cuisine. Grab a spot on the couch, light up and make sure you have some munchies at the ready.

Cooking shows always have to have a little drama. The timer and buzzer-beating atmosphere definitely helps accomplish this but so do the contestants (see the full list below). Right off the bat you know Cynthia is going to add a lot of flair to Episode 1. She’s the kooky one – instead of revealing her age, she’s “ageless.” But she still proves her mettle in the kitchen, albeit with a lot of cursing. Leather even does some early “light profiling” sharing that he was “prepared for Cynthia to underwhelm” him. I too thought she was just going to be there for personality. Perhaps guest Jo Koy actually says it best: “She looks like what she cooked.” And her cooking is good.

Profiling aside, there is a good mix of diverse contestants. They’re all pretty relaxed (although Melissa is a big ball of anxiety in Episode 2 and made me wish I was higher than I was when watching it). And they all know their stuff. Which brings us to…

Haute cuisine literally translates to “high cooking” and the dishes in ‘Cooked with Cannabis’ are that in every sense. In Episode 1, with a theme of “Grilled Backyard BBQ” the question “what do grilling and cannabis have in common?” is addressed. The answer: smoke. For her first course, Amanda uses a THC-infused olive oil in her sweet corn gazpacho but also smokes her ceviche with Mimosa (which seems to be a favored strain on the show), creating the aroma of a newly-lit joint when the judges take the top off the dish. Nate played it somewhat safe with a burger as his main course but clearly did ok as Leather said “If you’re going to bring a burger, it better be tits and this is right on” and Kelis took it back to her seat after the other contestants shared their courses.

In Episode 2, the Global Eats episode, Brenden, who chose Mexican cuisine, made one of the prettiest tacos I’ve ever seen by pressing a full cannabis fan leaf into the tortilla. At one point Harold, focusing on West African food, preps a whole raw octopus for his play on an African street food surf and turf. His infusion in the dish? A Wedding Cake brown ghee butter. We are definitely not in the realm of your shady weed dealer’s pot brownies anymore.

Final (and a few stray) Thoughts