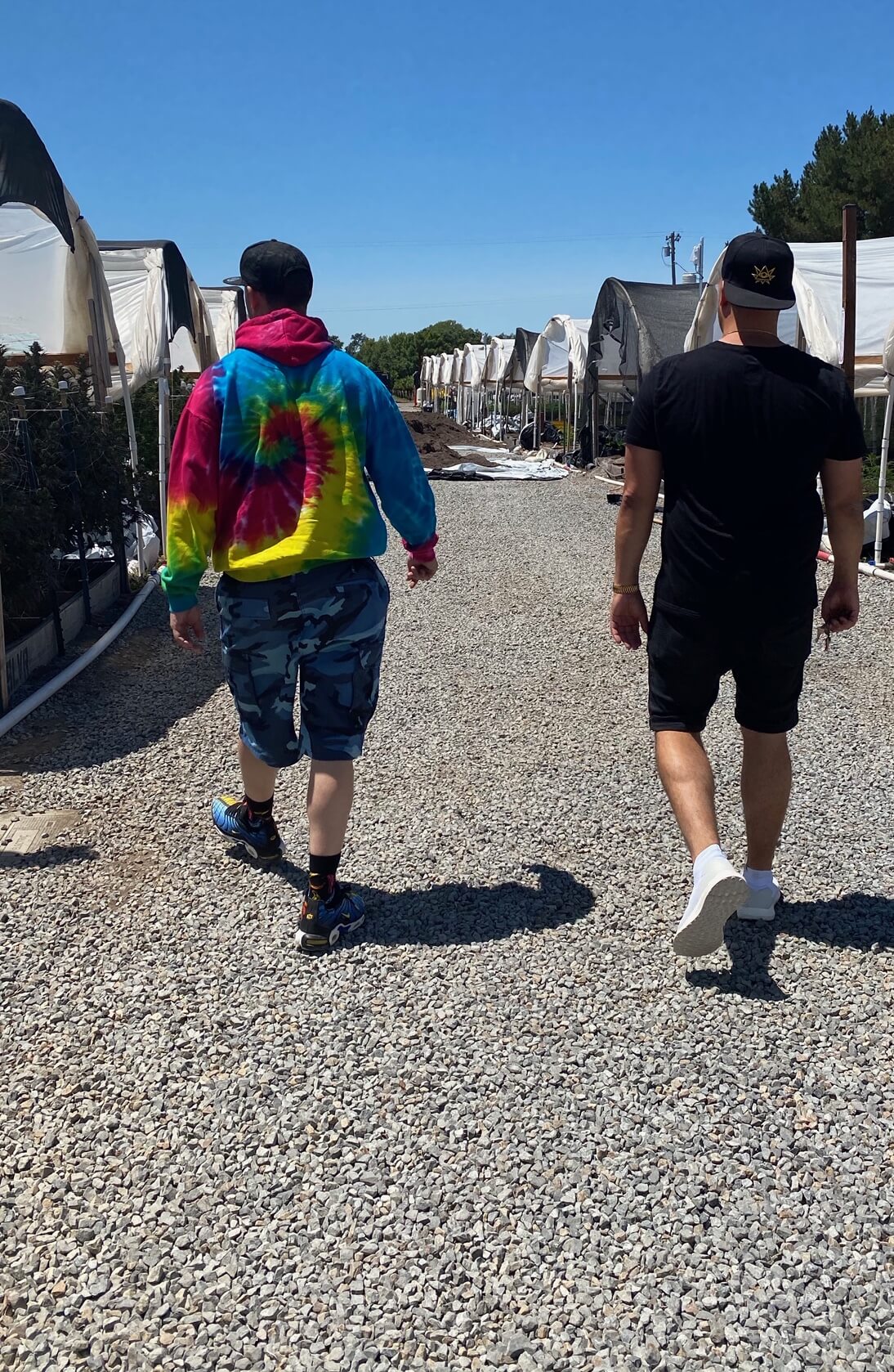 34-year-old Matt Ferraro has a lot going on. He owns a construction company, he’s a restaurateur, he lives bi-coastaly (although he spends far more time in Sonoma County now than he does in New York) and, most importantly, he’s the co-founder of Elyon and the marketing genius behind getting you The Most High.

From a young age, 13 to be exact, Matt has been infatuated with the cannabis plant. He’s come a long way from growing in a tent in his bedroom but his passion for the plant has never changed.

Through a thick Long Island accent, Matt explains some of the challenges he’s had to face in getting to where he is now. Almost a decade ago, he was arrested and convicted of charges related to cannabis. He, like so many others in the industry, was dealing illegally (there were no other options in New York at the time). He was in the wrong place at the wrong time and got caught alongside his brother (and Elyon co-founder) Ron. They fought for three years to overturn the conviction and eventually served time. Still, his love for cannabis never wavered. And he’s had to hustle even harder because of it.

Setting up a legal cannabis business isn’t easy. Setting up one when you have a cannabis conviction is even harder. But that’s not the only bias Matt and his brother have had to overcome since setting up shop in Sonoma. “As soon as people hear the accent, they think we’re black market. But we’re totally legit. So let them think what they want,” Matt explains defiantly. People also thought that they came from tobacco – with big business dollars behind the start of Elyon. But everything he and Ron built, they built from the ground up…even their highly acclaimed (and huge) booth from the 2019 Emerald Cup. They built that in-house. Today it stands in the Elyon office as a reminder of their roots (and doubles as a great photo backdrop).

When asked what it’s like working with his brother, Matt lets out a little chuckle. But he quickly gets real and explains how well-balanced his partnership with his brother is. “My brother is a very good businessman. He’s never stressed. He always knows we’re going to pull through. So it’s good having a partner like that.” Ron’s the shrewd businessman, working on expanding the licenses and making deals. Matt oversees sales and is the man behind the marketing.

Matt has always considered branding and marketing an important part of his businesses, so he put a lot of thought into creating Elyon. It hasn’t always been straightforward, though. In fact, it was almost backwards. He started with “The Most High” and was considering using that as a company name. After some research, however, he found Elyon. In Hebrew, elyon means “the most high.” He doesn’t consider himself religious,  but the spiritual and god-like connection to cannabis fit.

Marketing genius aside, Matt is just like every other cannabis lover. He has his favorite strains and go-to munchies. Here they are:

Favorite Hightivity
M: Being on the computer doing research

Where do you want to take Elyon next?
M: Florida and New York. Can you imagine living in Florida and working in cannabis. Oh man, the life.

Is there anything you haven’t done?
M: Jumped out of a plane

Matt continues to chase his passion for cannabis. It brought him to Sonoma and to building Elyon. Keep an eye out for where it takes him next.