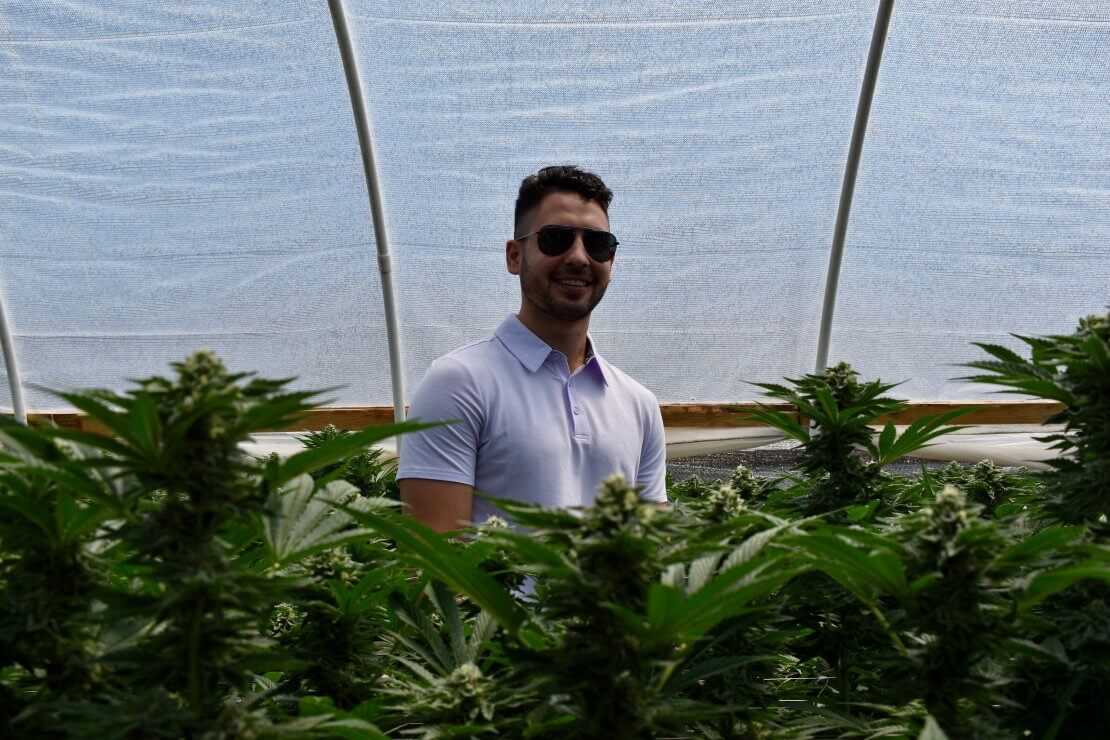 Let’s meet Max, a man of many talents. His current title is VP of Sales but he’s had a hand in the branding, packaging, website, sales and social media here at Elyon.

Max, just like his boss Matt, speaks with a recognizable east coast accent. His, however, is with the clipped “r”s and long “ah”s of a man who grew up near Boston. Resisting the urge to ask him where he parked his car and whether or not he misses Dunkin’ Donuts, we instead discussed his origin in the cannabis industry. From a young age he’s been curious about cannabis. “Cannabis has always been a thing for me,” Max explains.  But it took an encounter with the law to get really passionate about it. After being arrested for possession and consumption with five friends (with a mere gram and a half between the six of them), Max took a deeper interest in the industry. With a sister in college in California, he was able to get his first exposure to the legal side of things. Shortly after he graduated from college in Massachusetts, he followed in his sister’s footsteps and moved to the Golden State.

Before There Was Elyon

Max started with Elyon before there even was an Elyon. It was just Bango Distribution and he was just a sales rep. He traveled through the state, selling cannabis where he could. After a short stint of living in LA, he moved back to Sonoma County to help get Elyon off the ground. He worked on everything from the branding, packaging, developing a social media presence, delivering, cold calling and more. Over time his position has evolved. As he puts it, “It’s a very fluid thing.” With the growth of the company, he’s been able to hand over certain responsibilities and focus on sales, customer relationships and bigger picture operations.

Thanks to Covid and job poaching, Max’s sales team is smaller than ever. But he’s not worried. “Before, everyone was like ‘what’s an Elyon?’ but now we have people seeking us out. It’s crazy how it’s changed.” He mainly attributes the success to Elyon’s vertical approach: growing, packaging and distributing in-house. “We have so much care at every step of the process. And there is something that can go wrong at every step of the process, especially when you start bringing in several companies. We are our own ecosystem. We know exactly what we have and how well we take care of our strains.” Great customer service, quick response times and, of course, fair pricing are also important factors in that success. Oh, and the amazing product. Now people aren’t asking what an Elyon is, but where it’s grown.

Max is excited for the continued growth of Elyon, in Sonoma County, in California and eventually beyond state lines. In the meantime, however, we’ll leave you with what he’s excited about right now, like some new Elyon strains….

M: I’m definitely a sweets guy. There’s really no limit to the different candies I’ll try…except licorice. Apart from that, I love trying new foods. I love smoking and going to eat somewhere locally, like Bird and the Bottle. They’ve got great small plates.

M: I like to exercise high. A lot. Literally working out and smoking at the same time. I love to ski. Skiing high is a great time. I love being out by the water and swimming while I’m high.