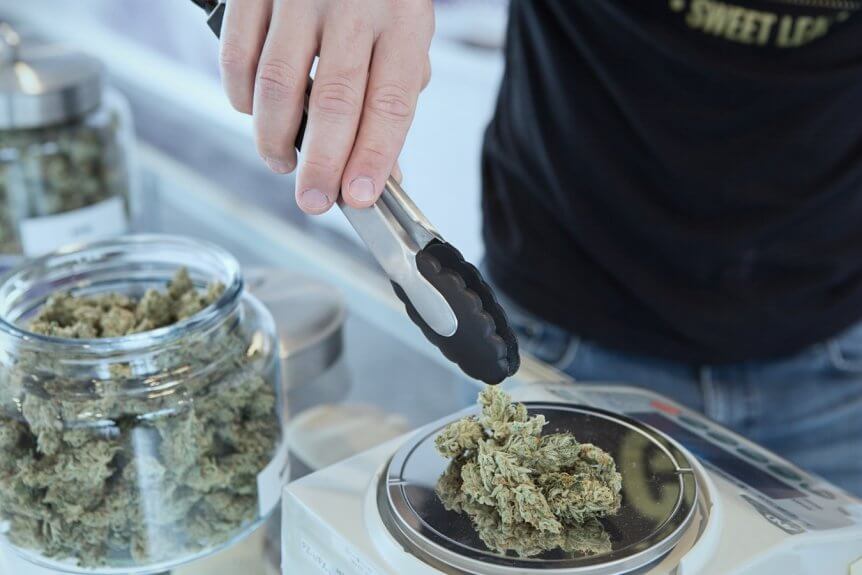 As the cannabis legalization sprawl continues on throughout the USA, many people have begged the question – is cannabis is a gateway drug? To provide an accurate answer, we need to first explore a gateway drug really is. Then, we need to determine if cannabis matches this description. Let’s start with a definition.

What is a Gateway Drug?

When we discuss a “gateway drug” people are usually thinking of a substance which will lead the person to try harder drugs. Therefore, any drug which causes people to eventually try other drugs can be considered a gateway drug. As you’ll learn, though, we can not really argue whether a substance qualifies as a “gateway drug” very easily.

Why “Gateway Drug” Isn’t The Best Term To Use

There are people who smoke cannabis daily without considering hard drugs. There are also those who have tried substances such as tobacco and then gone on to try harder drugs.

The term “gateway drug” is a tough to use because there are always exceptions. There are even those who start off with using hard drugs without prior experience to things like cannabis!

Until we see accurate data that asserts cannabis use almost always causes users to try hard drugs, we cannot label it as a gateway drug. To do so would be a hasty generalization. The same applies for substances like alcohol, mushrooms, etc.

Does Science Say Cannabis is a Gateway Drug?

The Opinion of the National Institute on Drug Abuse

Robert L DuPont is the Director of the National Institute on Drug Abuse. In his recent New York Times guest post, he asserted that marijuana users are more likely to use substances like heroin. Furthermore, he stated that the legalization of marijuana will “increase the national drug abuse problem, including expanding the opioid epidemic.”

In other words, DuPont views cannabis as a gateway drug. He ignores individual’s ability to reason and come up with logical life-choices.

The Opinion of the National Institute of Justice

A comprehensive study done by the National Institute of Justice concluded that “there is not yet conclusive evidence to assert that cannabis is a gateway drug.” This report compiled and analyzed 23 different peer-reviewed studies on the topic.

How Should We Treat This Data?

Let’s assume for a second that cannabis itself is a gateway drug. This means that anybody who tries cannabis even once will immediately consider doing something like cocaine or heroin. This is the assumption made by those who argue cannabis is a gateway drug.

The problem with this, though, is that this argument refuses to take into account the individual’s personal circumstances, what compels them to try other substances, and whether or not they suffer from addiction disease or if it is a one-time experimentation phase.

The Term “Gateway Drug” is a Bit of a Paradox

At the end of the day, it is the decision of the individual to use hard substances such as cocaine, heroin, and/or methamphetamine. The same manner in that it was the individual’s choice to use cannabis. Therefore, the exact psychoactive substance that was used first isn’t quite as relevant.

What is relevant is why the individual chose to take the substance. As one study asserts, it is often factors like loneliness and depression that cause people to use drugs.

Therefore, we should put more emphasis on the mental state of the individual. Not just their previous experience with other drugs.

Casual & Moderate Use is Much Different than Addiction

Unless somebody actually a serious addiction for a substance, it is often difficult to find any sort of negative impact that occurs because of experimentation. The remnants of the DARE movement would like to assert that any sort of drug use is bad.

In reality, one study found that the likelihood of developing a dependence on cocaine after the first use is somewhere between 2 to 4 percent. With cannabis, this number is about 1 percent. To put things in perspective, a recent study asserted that Oreos are actually more addictive than cocaine and heroin.

Therefore, maybe Oreos are the true gateway drug we should be concerned about!

Here at Elyon Cannabis, we do not view cannabis as a gateway drug. We think it is a medicinal agent that should be used responsibly and in the appropriate level of moderation. If you are in California, be sure to find Elyon Cannabis products near you.