We will be covering the profile and effects of humulene in this week’s edition of Terpene Tuesday. This natural terpene is quite familiar to many, because it is not only found within cannabis products. Keep reading to learn all about this unique terpene, including it’s benefits and effects.

Humulene is a terpene that carries an earthy and somewhat spicy scent. In cannabis, it is most accurately described as peppery, fragrant, and floral. It is classified as a sesquiterpene, just like caryophyllene. In fact, these two terpenes may even amplify each others effects in a synergistic manner.

This terpene is a naturally occurring substance that is found in many plants, including basil, sage, ginger and clove. One of it’s most common sources is from hops (humulus lupulus), the main ingredient in many craft beers.

The Benefits Of Humulene

Humulene is highly sought after for many reasons, one of which is from a growing standpoint. It has the ability to control pests. During the growing stage, the aroma of the terpene keeps bugs off the plants, preventing infestations or damage.

From a medical standpoint, humulene plays a big role in pharmacology. Pharmacology is the study of the various effects of drugs within the human body.

More specifically, this terpene has a lot to do with pharmacokinetics, a smaller branch that deals with how these substances are processed and metabolized internally. 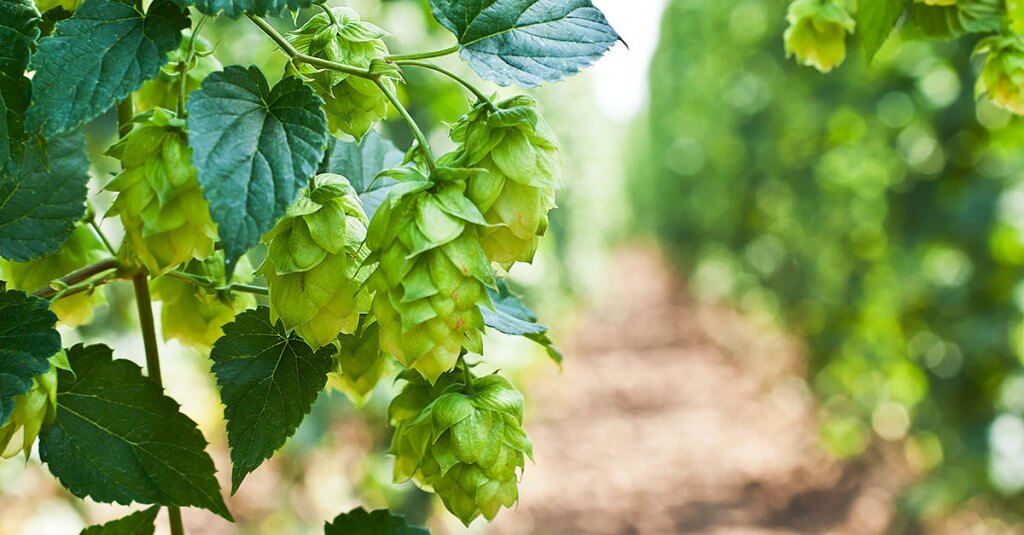 How This Terpene Affects The Body

Humulene also contributes to some health benefits for those who regularly use it. One of the main potential advantages of this terpene is its antibacterial properties.

When used for medical purposes, it has also been reported to fight bacterial infections such as staph (Staphylococcus infection).

This terpene has also displayed anti-cancer effects. When combined with other compounds and terpenes within the marijuana plant through the entourage effect, this substance can work inside the body to get rid of any cancer cells that are present.

Furthermore, studies have shown that humulene can fight cancerous tumors. One study from 2007 showed that when humulene and caryophyllene work together, the anti-cancer and anti-tumor effects can be enhanced even further. This is possible through the creation of reactive oxygen species (ROS) inside of the body that combat these toxins.

Humulene has a very unique relationship with appetite, in that it acts as a suppressant. Normally when you think about cannabis, appetite stimulation comes to mind, but this is not the case with strains high in this terpene.

So, if you are fighting an eating disorder, you probably want to avoid humulene heavy strains.

As you can see, there are several reasons why you might want to incorporate Humulene into the cannabis products that you use regularly.

Whether you are fighting an illness or would like to invite a new sensory experience into your routine, there are plenty of commercially available strains that will get the job done.

These strains contain the highest concentration of humulene: