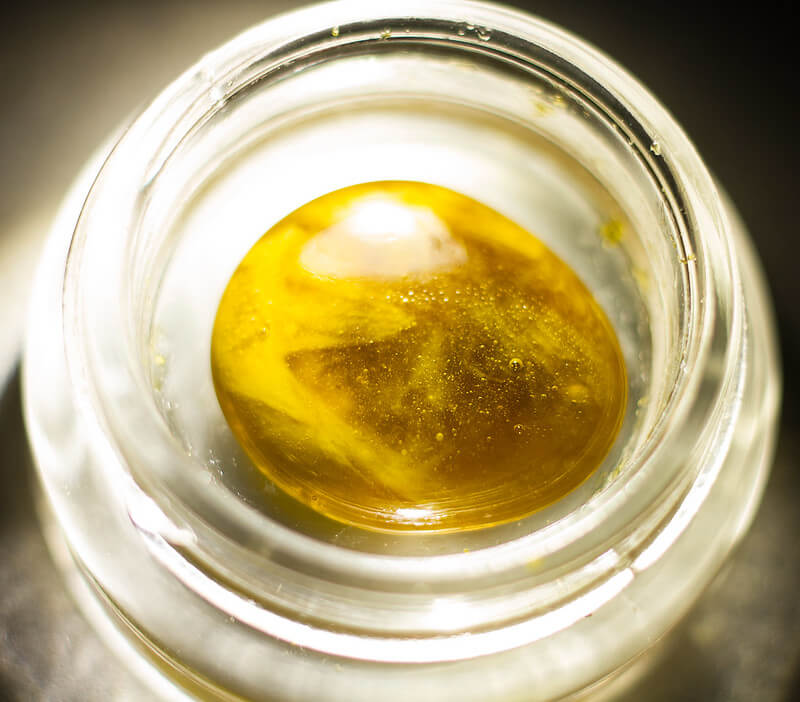 These days, flower is just the tip of the iceberg when it comes to cannabis consumption. From infused edibles to perfectly portioned THC capsules, legalization has led to a groundswell of technical advancements in pot production. At the heart of the 21st century ganja revolution are cannabis concentrates. From sugar, sauce, and shatter to wax and budder, marijuana extracts come in a variety of consistencies, but always pack a hefty punch. In this guide, we’ll break down the basics of dabbing – from how cannabis concentrates are made to how they are consumed and everything in between. So if you’re ready to kickstart your blowtorch and expand your cannabis universe, strap in and enjoy the ride.

In the simplest of terms, dabbing means to vaporize a cannabis concentrate without the use of a direct flame. The term “dab” comes from the tiny amount of product needed to take each hit. Because cannabis concentrates are, well, concentrated, the number of cannabinoids and terpenes found contained in a pin-sized amount of extracts equates to an entire bowl or joint.

In the early days of dabbing at the turn of the 20-teens, butane was the solvent of choice for cannabis extractors across the globe. By running highly pressurized liquid butane through marijuana flower, the product is stripped of valuable cannabinoids and terpenes. Once the precious golden liquid is separated from the plant matter, temperature control and vacuum pressure are used to evaporate and purge the remaining butane from the mixture, leaving behind a sticky, sappy mix of highly potent cannabinoids and terpenes. 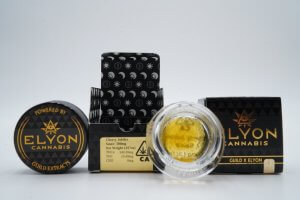 As legalization spread and extract artists began to experiment with new technology and techniques, utilizing a variety of solvents to produce their dabs. Outside of butane, cannabis concentrates are most frequently made using propane and pressurized carbon dioxide. More recently, some extractors have forgone chemical solvents altogether in favor of rosin – a concentrate made by applying only heat and pressure to cannabis flower or hash.

Depending on the extraction and curing process, concentrates can end up in a number of different consistencies. At the retail level, extracts are sold based on their consistency. Currently, the most popular extract types are budder, sauce, sugar, wax, and shatter. In budders, waxes, and shatter, cannabinoids and terpenes are distributed throughout the product evenly, while sauces, sugars, and other diamond-based concentrates contain a mix of liquefied terpenes and crystallized cannabinoids.

What are “Live” Concentrates?

In addition to the varieties of strain and consistency, cannabis concentrates are separated based on starting material. At the retail level, those differences are expressed through the labels “live” and “dry.” Dry concentrates – or anything not marked “live” – are made by extracting dried and cured cannabis material. Live concentrates, on the other hand, are made from fresh frozen flower that is not matured past its natural growth cycle. When harvesting products for live concentrates, extractors forego the entire drying and curing process and head straight for the freezer. By keeping the flower at sub-zero temperatures, extract producers are able to maintain the exact terpene and cannabinoid profile of the living plant – hence the name live.

How do you consume dabs?

Once you’ve got your concentrate, it’s ready to vaporize. Because extracts contain such condensed cannabinoids and terpenes, combusting your favorite dabs with an open flame is a good way to waste precious product. Instead, most dabbing is done by vaporization, and most commonly with a dab rig.

A dab rig refers to any waterpipe or bong that is specifically made for consuming dabs. Instead of a regular bowl for flower, dab rigs are equipped with a nail. Made from quartz, ceramic, or titanium, a nail is a heat dish made to vaporize dabs. Traditionally, this is where a blow torch comes into play. Dabbers use butane kitchen torches made for creme brulee or industrial propane torches to super-heat the nail. Once the nail has reached a perfect temperature, the dab is added to the hot surface, where it vaporizes instantly and can be consumed like a regular bong hit.

At the beginning of the concentrate craze, early adopters were known to add their dabs to the nail when it was glowing hot, directly after the flame had been applied. But as extract production technology evolved alongside expanded legalization, a similar growth occurred in extract consumption, leading dabbers to experiment with lower temperatures and more advanced rigs.

For experienced dabbers, quartz or glass nail covers called carb caps are used to contain the vapor and maintain the temperature of the nail. To make the experience even richer, some dabbers add tiny marbles known as terp pearls onto the nail to help push the concentrate across the hot surface, making sure the dabs are exposed to as much surface area as possible.

Don’t want to bring a blowtorch into your living room or out to your next smoke session? Have no fear, there are plenty of ways to enjoy cannabis concentrates without a traditional rig. A variety of pocket-sized vape pens use titanium coils or ceramic heating elements to vaporize extracts with the click of a button.

But if a handheld pen doesn’t pack enough of a punch for you, a new segment of products called smart rigs might be up your alley. Popularized by the PuffCo Peak, the Dr. Dabber Switch, and other similar hi-tech toys, smart rigs use battery power to heat a ceramic or quartz nail that is attached to its own water pipe. Smart rigs offer dabbers the same full flavor and heavy high of a traditional rig, but without the open flame of a blowtorch.

For a full look at Elyon’s line of live resin sauces, check out our product page here.