In today’s edition of Terpene Tuesday, we are going to cover caryophyllene, a very unique cannabis terpene. Caryophyllene terpene has an abundance of effects and benefits, and can be found in many of your favorite cannabis strains.

Before we get into these though, let’s cover some basic information on the caryophyllene terpene.

Caryophyllene is also known as beta-caryophyllene, or abbreviated as b caryophyllene. It is a very aromatic terpene, and can be found in many different plants: black pepper, oregano, cinnamon, basil, cloves, hops,rosemary, and more.

More relevantly, caryophyllene is an abundant cannabis terpene. It is characterized by a spicy, pleasant aroma and has a number of medical benefits. Caryophyllene is a much larger compound than other prominent terpenes, such as linalool, myrcene, or limonene.

Caryophyllene and our endocannabinoid system

Unlike THC and other cannabinoids, which are typically what bind to these receptors, caryophyllene is not sedative, euphoric, or psychoactive.

For this reason, when it binds to our CB2 receptors we can benefit from many of the healing characteristics caryophyllene provides without getting “high”.

Because of this, strains high in caryophyllene are commonly used in topicals and creams for its anti-inflammatory characteristics. 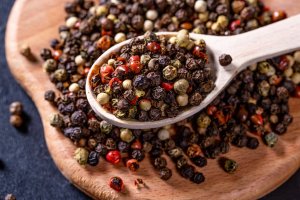 Now that you know about the relationship between caryophyllene and our ECS, let’s cover some of the effects and benefits this terpene can have.

One of the main observations of caryophyllene is as an analgesic. A 2014 study on mice showed that this terpene has the ability to relieve both inflammatory and neuropathic pain.

Another effect of caryophyllene is anxiety relief. Another study, conducted in 2014 as well interestingly enough, examined the effects of beta-caryophyllene on mood and stress in mice.

The Journal of Physiology and Behavior concluded that the terpene was able to improve mood in the anxious mice. It was found that the reason this terpene is able to relieve stress and anxiety so well is because of its aforementioned interactions with CB2 receptors.

Perhaps the most interesting study, is one that examines the ability of caryophyllene to help with alcohol addiction. Scientists have found that mice given caryophyllene actually showed less interest in alcohol, and further studies showed that this terpene can reduce voluntary alcohol consumption.

More research into this topic showed that caryophyllene may be able to treat alcohol withdrawal symptoms, which could be a huge breakthrough for those suffering from addiction.

What else does the terpene Caryophyllene do? 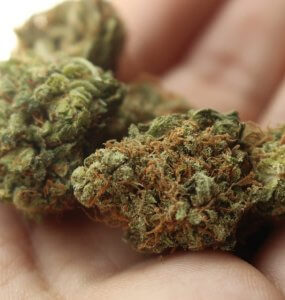 Here are some other uses for caryophyllene:

Caryophyllene is found is pretty high levels in certain families, especially the popular cookies family. Strains high in caryophyllene tend to be very relaxing, and users report being able to feel the stress melt away form them.

These strains are easy to identify, due to the unique aromatic aroma of the caryophyllene terpene:

At Elyon Cannabis, we grow quite a few of these strains high in Caryophyllene. These include Glue, Cookies, and Animal Cookies. To grab some of these top shelf, therapeutic strains, find a licensed retailer near you!