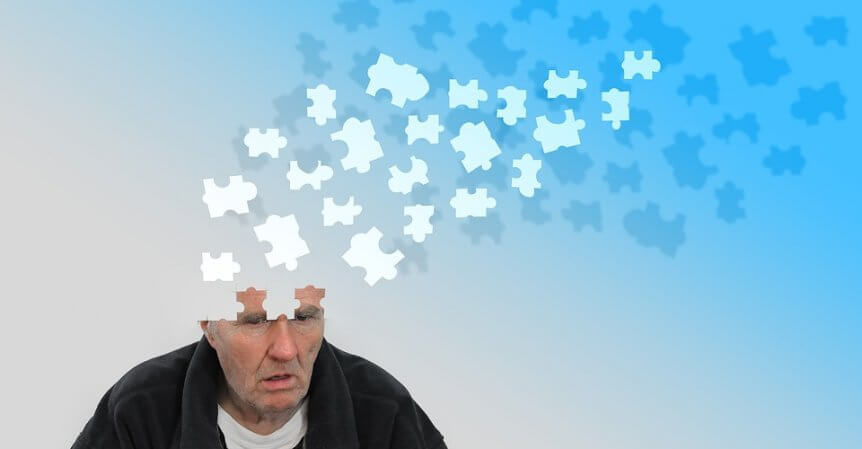 Recently, evidence supporting the use of cannabis for Alzheimer’s disease has begun to pile up. While people claim marijuana can cure just about anything, this is one ailment that we do have research to back up claims for. Let’s cover some basic information on Alzheimer’s disease and dementia, and then discuss the efficacy of cannabis as a treatment.

What is Alzheimer’s disease?

Alzheimer’s disease is a horrible condition that destroys one’s mental functions and memory. It is an irreversible, progressive brain disorder that prevents so many older people from thinking, carrying out simple, everyday tasks, and eventually leads to dementia. There are over 3 million reported cases every year!

Dementia and Alzheimer’s are sometimes used interchangeably – this is not correct. Dementia is an overall term used to describe a decrease in memory, language, problem-solving, and other basic thinking skills.

The most common cause of dementia is Alzheimer’s disease, but there are other ways one can develop this mental disorder. As it currently stands, there is no known cure for either dementia OR Alzheimer’s disease. But, is there potential for cannabis as a treatment option for these ugly conditions? Let’s see what the research says.

What is the relationship between cannabis and Alzheimer’s disease?

There are not currently any studies evaluating cannabis on living people with Alzheimer’s. But, we do have some incredibly promising trials we can examine. At the very least, we have substantial evidence that cannabis may help manage some of the brutal symptoms of the disease.

The effects of THC on amyloid

One of the contributing factors to Alzheimer’s disease is the build-up of clumps of a protein in the brain called amyloid. One study suggests that components of cannabis, such as THC, are able to slow or even remove these build-ups of amyloid.

These cells were injected with THC, and the amyloid levels were checked at 6, 24, and 48 hours for improvement. What the study found was that THC was effective at lowering amyloid levels when used in low concentrations in a dose-dependent manner. Furthermore, THC can help enhance mitochondrial function. The scientists feel strongly that THC could be a potential therapeutic treatment option for Alzheimer’s disease.

Again, this is a study on isolated cells in a lab setting – so we have to take it with a grain of salt. While it is certainly promising, studies on actual human participants is needed before we can make a definitive claim. But, we may be able to agree on one thing. That is that cannabis can help manage some of the symptoms of Alzheimer’s and dementia.

Can cannabis be used to help manage the symptoms of Alzheimer’s disease and dementia?

Some of the worst effects of Alzheimer’s disease are agitation and aggression. Think about the effects of cannabis. It makes sense to wonder whether or not you can help manage these symptoms with the drug.

A few clinical trials have been done, which suggest that high concentrations of CBD oil can help manage these symptoms. Currently, a study is being done at King’s College in London to determine if a mouth spray containing a variety of cannabinoids is effective at reducing agitation and aggression in those suffering from Alzheimer’s disease. Initial results are promising, but we will have to wait until it’s complete to take a stance one way or the other.

Another example of someone spearheading the effort to legitimize cannabis as medicine for Alzheimer’s and dementia is Dr. Ethan Russo, a neuroscientist based out of Seattle. For years, he has examined the entourage effect and its ability to help with a myriad of diseases and ailments.

He says that by breaking down Alzheimer’s disease into multiple parts, you may be able to tackle each one with different parts of cannabis. He supports the aforementioned study regarding THC’s effects on toxic compounds in the brain. Russo said in an interview, “It’s time to move the effort into the clinical arena. Both THC and CBD have been shown to interfere with the production of abnormal toxic matter in the brains of such patients.” Furthermore, he claims that both THC and CBD are known neuroprotective agents. He says that each can slow or halt the degenerative nature of Alzheimer’s disease and dementia.

We feel strongly that cannabis may be a good treatment option for Alzheimer’s disease. At the very least, it can help manage some of the more undesirable symptoms. Even if cannabis simply makes people feel a little better while they struggle with an awful, incurable disease, isn’t that worth it?

However, there is still much work to be done in making cannabis a legitimate treatment option for this disease, and other mental illnesses alike.

But, if you want to give cannabis a try for helping with Alzheimer’s disease, or any other ailment for that matter, talk with your doctor. They can help assess whether or not you may be a good candidate for it. They can also help walk you through a treatment plan. Then, locate Elyon Cannabis products near you for the best value cannabis you can find in California. Top shelf products without the price tag, and a brand you can trust!